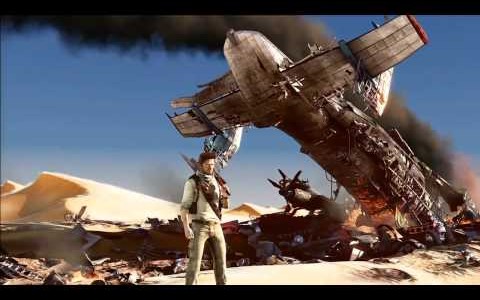 Uncharted 3: The Soundtrack of Nathan Drake

IGN has a fine interview up with Uncharted 3 composer Greg Edmonson:

Before the release of the original Uncharted, composer Greg Edmonson was probably best known for his work on Joss Whedon’s cult-hit TV series Firefly. Steadily working in movies and television for many years, Edmonson decided to shake things up in 2007 when he agreed to compose the music for Uncharted: Drake’s Fortune, offering the composer a unique perspective into the world of music and gaming.

Since then, he’s composed two more scores for the Naughty Dog franchise, including the series’ latest installment, Uncharted 3: Drake’s Deception.

In this exclusive IGN interview, Edmonson discusses his experience working on Uncharted 3, as well as his thoughts on music in video games, composing for the individual player and the video game industry at large.

Check out a trailer for the game below, and read the full interview here.